Just in time for the height of the summer season, developer Property Markets Group has released a set of new renderings of their 500-foot Long Island City rental 1 QPS Tower, which has the highest rooftop pool in the city, complete with panoramic skyline views, plenty of lounge chairs, and a stylish bar area (h/t CityRealty). The new images also show off the SLCE-designed skyscraper’s other amenities, including a garden terrace, library, triple-height gym with rock climbing wall, and conference/lounge areas. 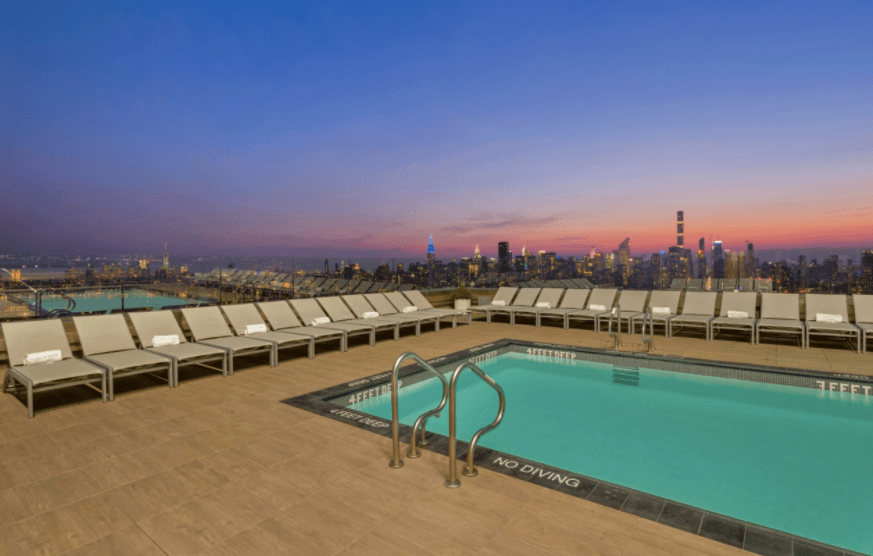 As 6sqft recently reported, “Long Island City came in first for the largest number of new rental apartments in the U.S. since 2010, with 41 new apartment buildings and 12,533 new units built in the past seven years.” To this end, just two months after launching rentals in February, 1 QPS Tower’s 391 units were 45 percent leased. Current availabilities start at $2,395/month for studios, $3,253 for one-bedrooms and $5,100 for two-bedrooms. The building is conveniently located in the Queens Plaza district, just two blocks from the Queensborough Plaza train station with the the N, Q and 7 lines. 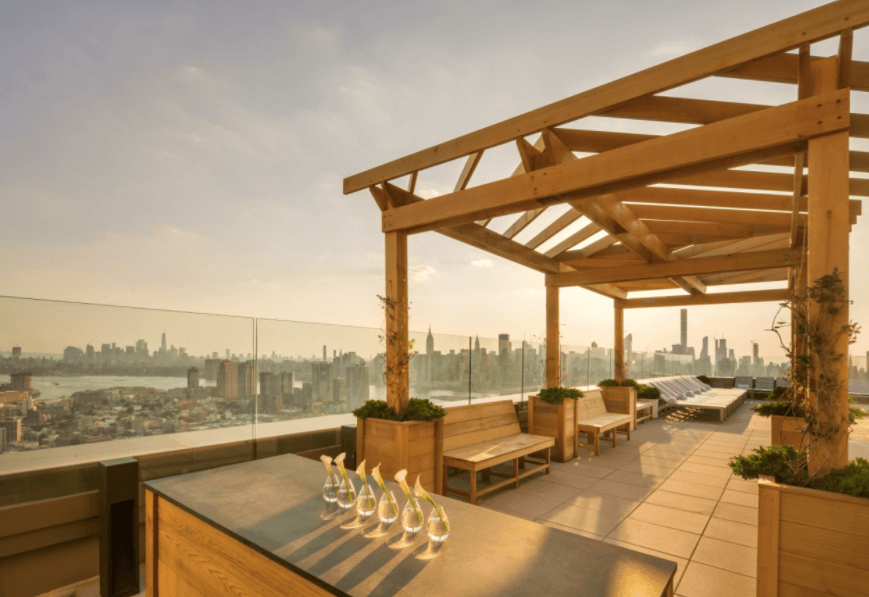 On the ninth floor is a garden terrace from J. Mahshie Design where tenants can grow their own produce and plants.